History and origin of KI

History and development of Kingdom Impact

In 1993, after her graduation as a registered nurse and having completed two different bible schools, Monika Flach moved to Hannover with the call to help build and establish the ministry of the Christian Training Centre (CTC).

With the emphasis on prayer, prophecy and worship and under the leadership of Michael and Andrea Schiffmann; a prophetic-apostolic team (PTC- prophetic teaching community) began to form – characterized by close community and collaboration.  This environment promoted a lifestyle in the Spirit and the team was therefore enabled to bring forth the many different aspects of the ministry.

Living in the light and within community, allowed for spiritual growth and provided the necessary protection. Such a lifestyle is fundamental for every prophetic-apostolic movement because God’s kingdom is always built upon relationships. A lifestyle of prayer, praise and worship was at the heart of the ministry and shaped the team more than anything else.
Jesus at the centre, united for one single goal:  The equipping of the body of Christ to serve the nations.

Prayer journeys and pioneer assignments in foreign nations such as Afghanistan, Pakistan and China were as much part of the team’s life together as was serving in their local city, Hannover.  This was an intense time in which Monika’s strong skills in the areas of teamwork, discipleship, mentorship and the teaching of individuals and entire church groups became evident and were developed.

In the year 2001, Monika established a team of around 20 members and founded the “healing room team Hannover”. The team still exists and offers prayer and healing ministry at events such as training camps, conferences and church services. The team also offers teaching and training  for the equipping of the body of Christ in the ministry of healing.

When the mandate of the “Christian Training Centre Hannover” was accomplished, new ministries and callings began to surface for several of the staff members. With the completion of this mandate, Monika Flach was lead to found the ministry of Kingdom Impact in the year 2002.

As the years went by, more staff members began to join Kingdom Impact which has resulted in a well-established team and friendship circle. Kingdom Impact is composed of a vibrant mix of team members from Germany and Switzerland with Esther Baumann being an integral part of the team since the foundation of Kingdom Impact. We live in and love teamwork!

In addition to the above mentioned healing room team, Kingdom Impact took up the responsibility to train and equip team leaders and workers for short term missions – “Teams for the World”. This part-time training was offered over a period of 2 years in collaboration with the CTC Hannover and is now available as a correspondence course.

A significant focus of KI’s ministry is also to train teams, churches and church planting movements in the prophetic ministry.

Between 2003 and 2006, Kingdom Impact was called to India to provide practical training and to build up prophetic training centres. We had the opportunity to fly to India many times per year and walked a road with 100 church plant leaders as well as several hundred workers and intercessors from “Youth With A Mission”.

Simultaneously during this season, close relationships with numerous church plants in Switzerland began to develop. As a result of this, Monika Flach was lead to move to Zurich in 2006 together with the core team members. This season was marked by investing into the teaching and equipping of church plant leaders in Switzerland. 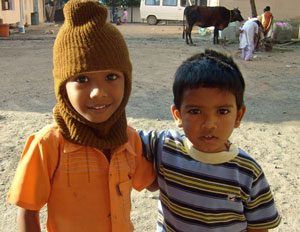 As from 2009, Kingdom Impact committed to support and assist the work of “Human care league” in India, which comprises an orphanage of around 300 children, 2 medical clinics and 8 churches.

This ministry has been under the care of Monika’s father, Werner Flach, for the past 20 years. Kingdom Impact has also been involved in this ministry for many years and seeks to find sponsors / partnerships for children and widows as well as support for the medical staff. 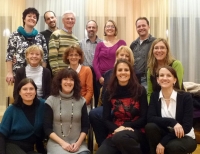 In 2009, the “School of the Supernatural” also took place with an attendance of almost 50 multipliers (mostly leaders, elders and multipliers from churches and church plants in Switzerland and Germany).

In 2010, the core of the KI team moved to Konstanz. The team had been living in separate towns in Switzerland and Germany up to this point and were now presented with a new opportunity to do life and ministry in closer community together.
The prayer house at the Lake of Konstanz was founded in January 2012.

Another move took place in the year of 2015 as it soon became very clear that bigger premises were needed to go forward in ministry. Almost immediately the Lord bestowed on us a spacious former guesthouse.

In addition, we now have the freedom to welcome interns so that they can take part in our lives for a period of time and support us in our work. This provides the opportunity for them to experience our ministry first hand while also receiving mentoring and discipleship.

With the move to Denkingen, we entered a whole new phase of ministry marked by an increase and unfolding of specific callings.

This can be observed in the following areas:

We recognise this season to be a time for Kingdom Impact to move deeper into its calling. Jesus commissioned us all to preach the kingdom of God and to demonstrate His power to all the nations. This is at the very heart of Kingdom Impact. Our desire is to entrust the message of God’s kingdom to those who are willing and eager to teach others in return. This is the key of multiplication. At Kingdom Impact, we aim to equip and release workers into the harvest field through training, discipleship and mentorship so that individuals may be empowered to multiply further.

Your Kingdom come – here and in all the nations!

We use cookies on our website to give you the most relevant experience by remembering your preferences and repeat visits. By clicking “Accept All”, you consent to the use of ALL the cookies. However, you may visit "Cookie Settings" to provide a controlled consent.
Cookie SettingsAccept All
Manage consent

This website uses cookies to improve your experience while you navigate through the website. Out of these, the cookies that are categorized as necessary are stored on your browser as they are essential for the working of basic functionalities of the website. We also use third-party cookies that help us analyze and understand how you use this website. These cookies will be stored in your browser only with your consent. You also have the option to opt-out of these cookies. But opting out of some of these cookies may affect your browsing experience.
Necessary Always Enabled

Any cookies that may not be particularly necessary for the website to function and is used specifically to collect user personal data via analytics, ads, other embedded contents are termed as non-necessary cookies. It is mandatory to procure user consent prior to running these cookies on your website.